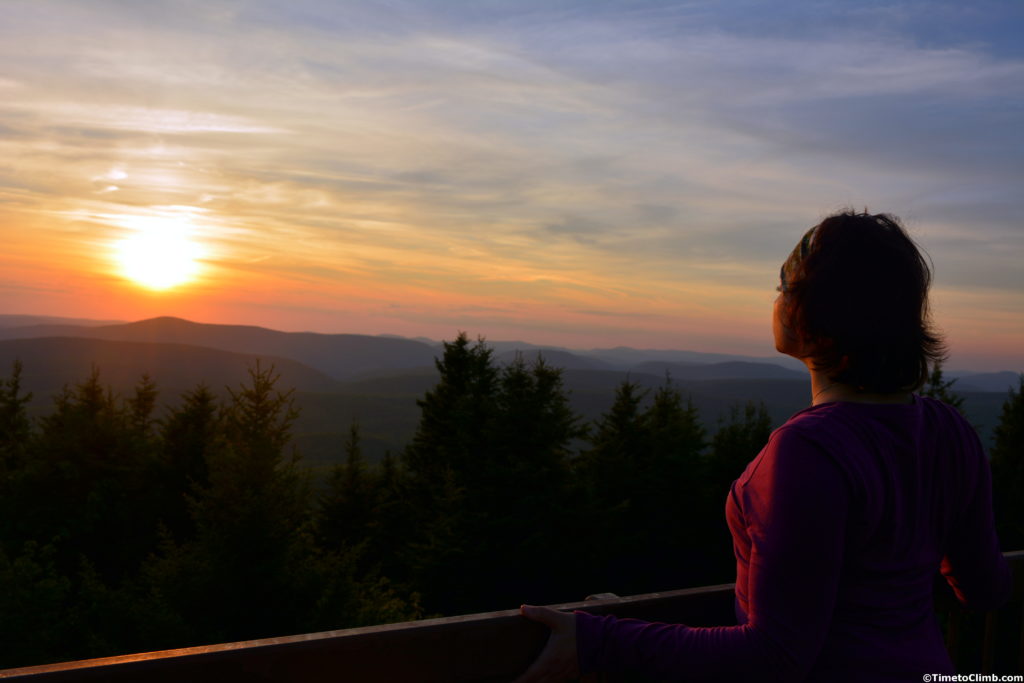 Nestled in the heart of Appalachia is a land of rolling mountain ridges, knobs and gaps, that hold unending beauty and wonder. Take a look at what Time to Climb discovered on our trip to West Virginia!

West Virginia is home to the Monongahela National Forest which has some of the most stunning rock formations and wilderness in the state. This mountainous national forest contains the 100,000 + acre Spruce Knob-Seneca Rocks National Recreation Area. Established by the US Forest Service in 1965, it is the first of its kind to act as more than a preservation. The Spruce Knob-Seneca Rocks National Recreation area highlights outdoor activities and is used for research. The open space also provides support for the surrounding communities by leasing sections to farmers and cattle herders. This collaboration with the local community has helped foster and maintain the area’s natural beauty & rural culture that has existed for hundreds of years.

Located in the self-proclaimed town of Seneca Rocks, this massive “Fin” ridge-line rises 900 feet above the Seneca creek and the town below. The rock is composed of Tuscarora quartzite with exposed cliffs that are roughly 300 ft in height. Seneca Rocks has 2 peaks – North  Peak & South Peak (the tallest) – which are separated by a distinct notch. South Peak is also known as a “True Peak,” meaning it’s summit is only accessible by technical rock climbing. It is the only one of its kind found on the east coast of the United States. 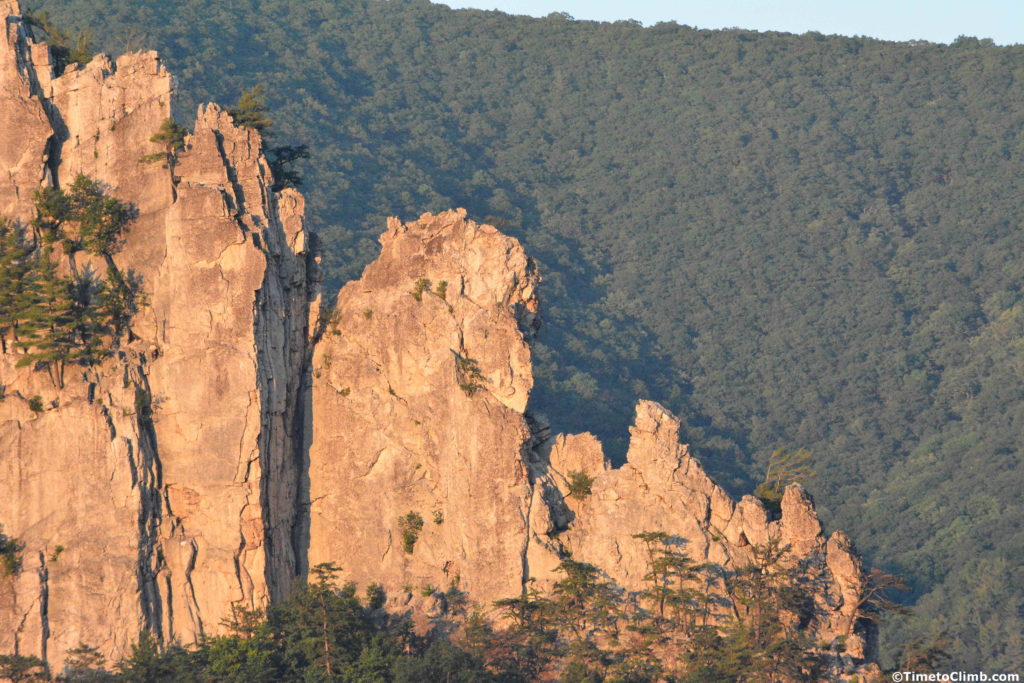 Can you spot the climbers?

Seneca Rocks has a long history of world-class rock climbing. The first recorded ascent of the rocks was made by a team of 3 climbers in 1939 and included Paul Bradt, Don Hubbard, & Sam Moore. The team was surprised to find an engraving of “D.B. September 16, 1908” at the top of the rocks, which was believed to be left by a surveyor who was working in the area.

During World War II, these very rocks were used as a training ground for the US Army’s 10th Mountain Division in preparation for the invasions made in the mountains of Italy. The rock formation is home to hundreds of trad climbing routes, from single pitch slab to multi-pitch cracks. The routes range anywhere from 5.0 to 5.13 in difficulty. 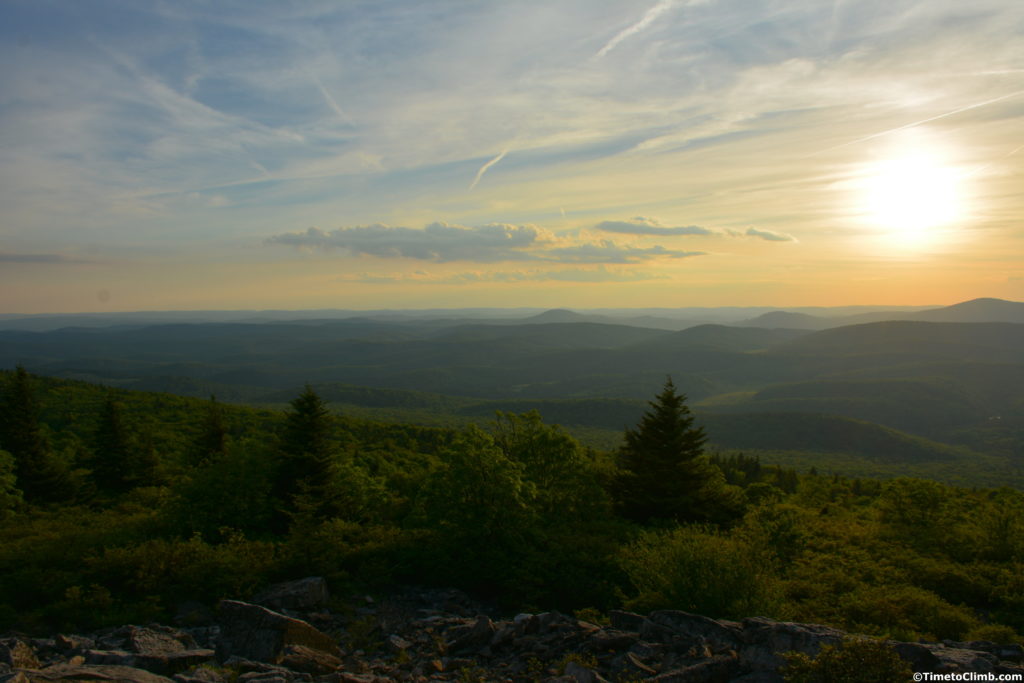 Standing at 4,863 ft in height, this peak is the highest point of West Virginia (and includes the the Allegheny Mountains and the Appalachian Plateaus). Spruce Knob’s prominence of 2,781 ft offers absolutely stunning views of the surrounding mountains. The summit has a distinct alpine feel and is covered in boulder/rock outcroppings with a dense spruce forest, Krummholz formation and the stunting of exposed trees. Such formations are not usually found in the the southern Appalachian range and are more common in the north woods of New England and Canada. 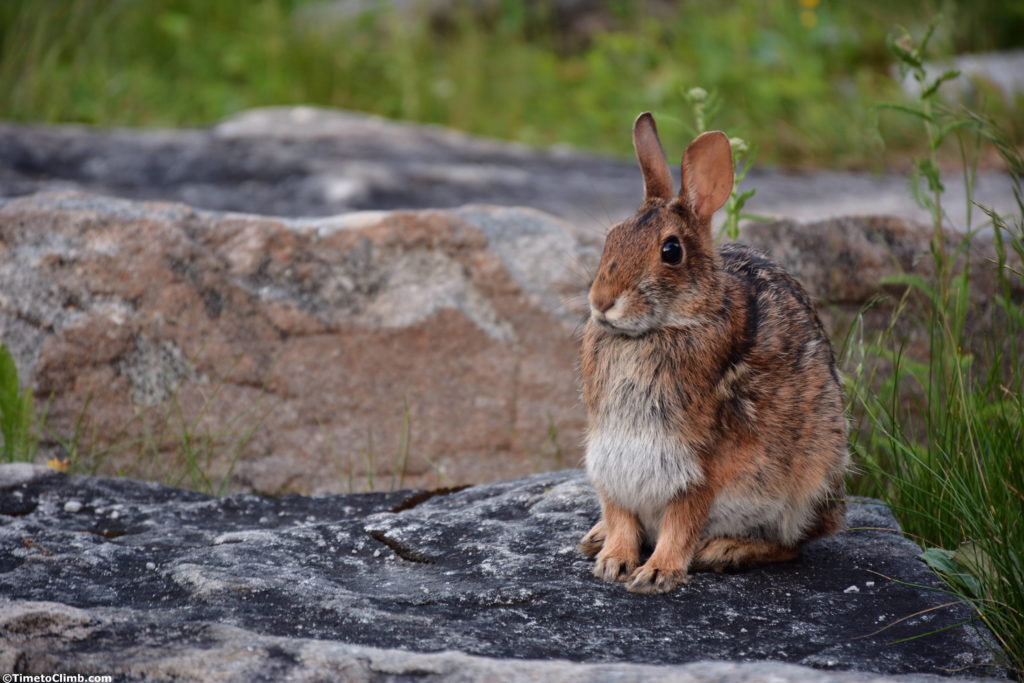 There is an abundance of wildlife at the top of Spruce Knob, including  white tail deer, black bear, red squirrels and our friend (pictured above) the Appalachian cottontail rabbit who likes to hang out near the observation tower found at the summit. 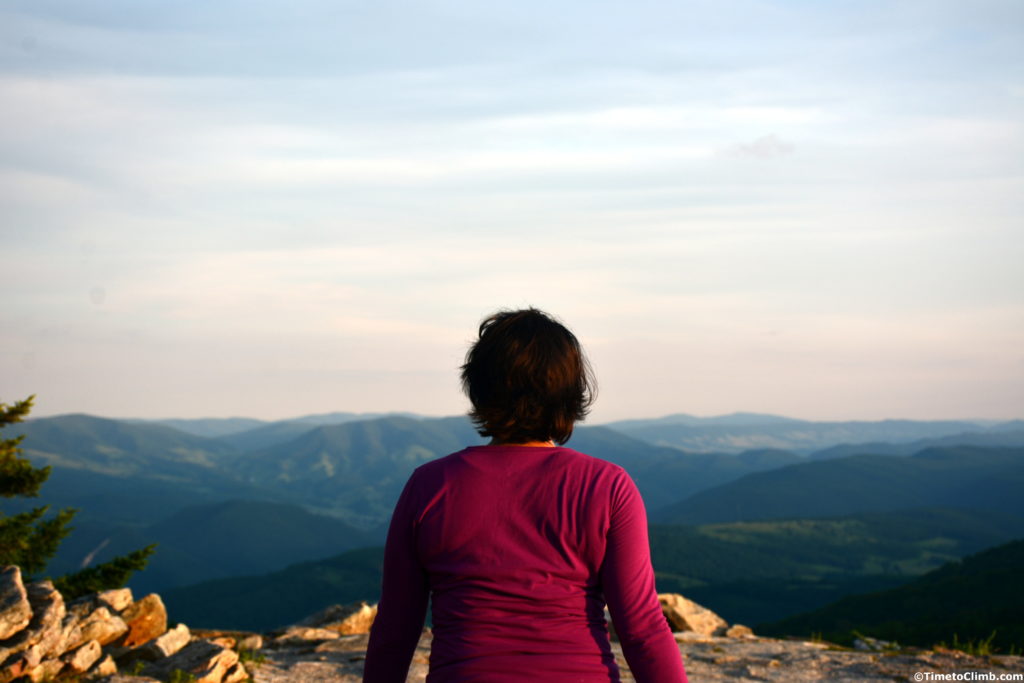 The summit of Spruce Knob is accessible by driving. The road from the Gateway Restaurant (near the park entrance) to the summit parking lot is about 11-12 miles long. It’s a bit narrow and has some very sharp turns, so take your time driving through the park. When you reach the top, there is a trail around the summit that is half a mile long. It’s also wheel chair accessible! Upon reaching the far end of the trail (before looping back), you’ll notice 180-degree panorama views that allow you to look out from both sides of the ridge-line. 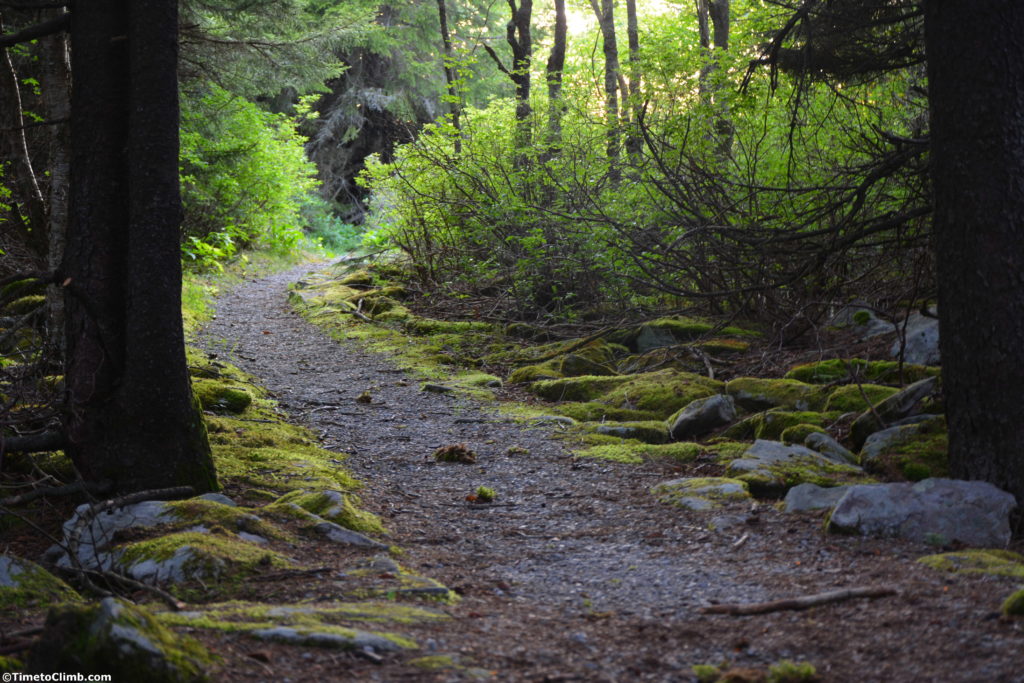 The loop back takes you into the woods, which offers shade and protection from the often high winds that accompany the exposed areas of the summit. Small bushes and thick moss adorn the forest floor, giving a mystical feel to your hike through the spruce forest. 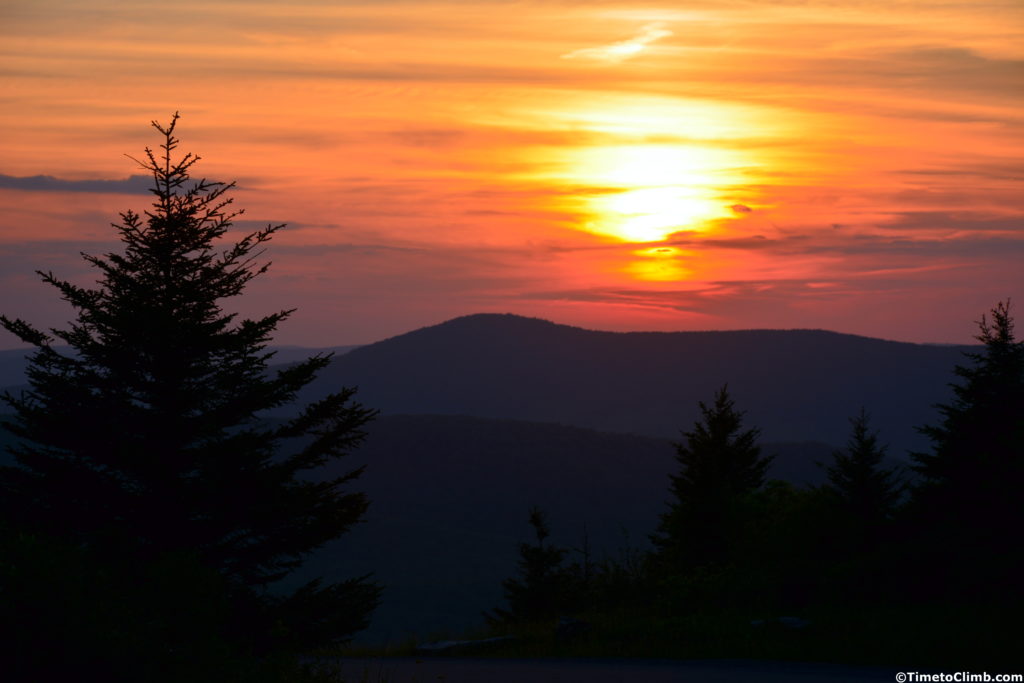 Catching the sunset at Spruce Knob is a must if you are in the area. The vibrant colors that wash across the sky and pitch over the mountaintops is simply majestic. The observation tower allows you to get above the spruce trees and experience a unique 360-degree view of the surrounding mountains & valleys. If you are a photographer the “Golden & Blue Hours” here are phenomenal due to the prominence and isolation of the mountain.

To learn More about Seneca Rocks & Spruce Knob check out the following links:

Did you like this article & want to support Time to Climb?
Check out GearTrade.com!
Free to sign up, Buy or Sell your outdoor gear and they give us a few bucks when you do!