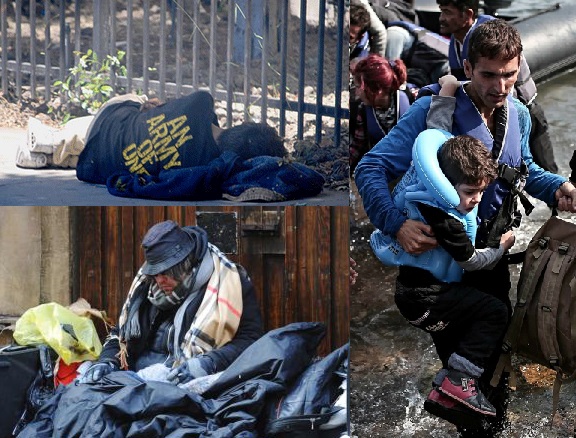 As we sit and watch the news and postings on social media today, it’s impossible not to think about the actions taking place across the world.

Whether it’s the civil war in Syria, the terrorist attacks in France & Lebanon, or the Russian plane bombing in Egypt, the world has been thrown into a state of chaos. Regional conflict has forced the world to take action. As millions of refugees escape the Syrian Civil War, countries around the globe must decide if they will aid those seeking refuge or turn a blind eye to their struggle, as potential terrorists seek to enter said countries by any means necessary.Over the last 48 hours in the United States, a heated debate has begun – do we lend a helping hand and open our borders to those in need? Or do we focus on the needs of current Americans? The discussion is taking place in every home across our nation and valid points are being made. A good discussion is only as powerful as the action it generates. Many of you expressed compassion for fellow human beings, those who need our support here and abroad. I ask that you put your words, thoughts, and passions into positive action!

Below are three links for your consideration:

Actions speak louder than words here in America, we pride ourselves on being a nation of action.

Let’s band together and help those in need!