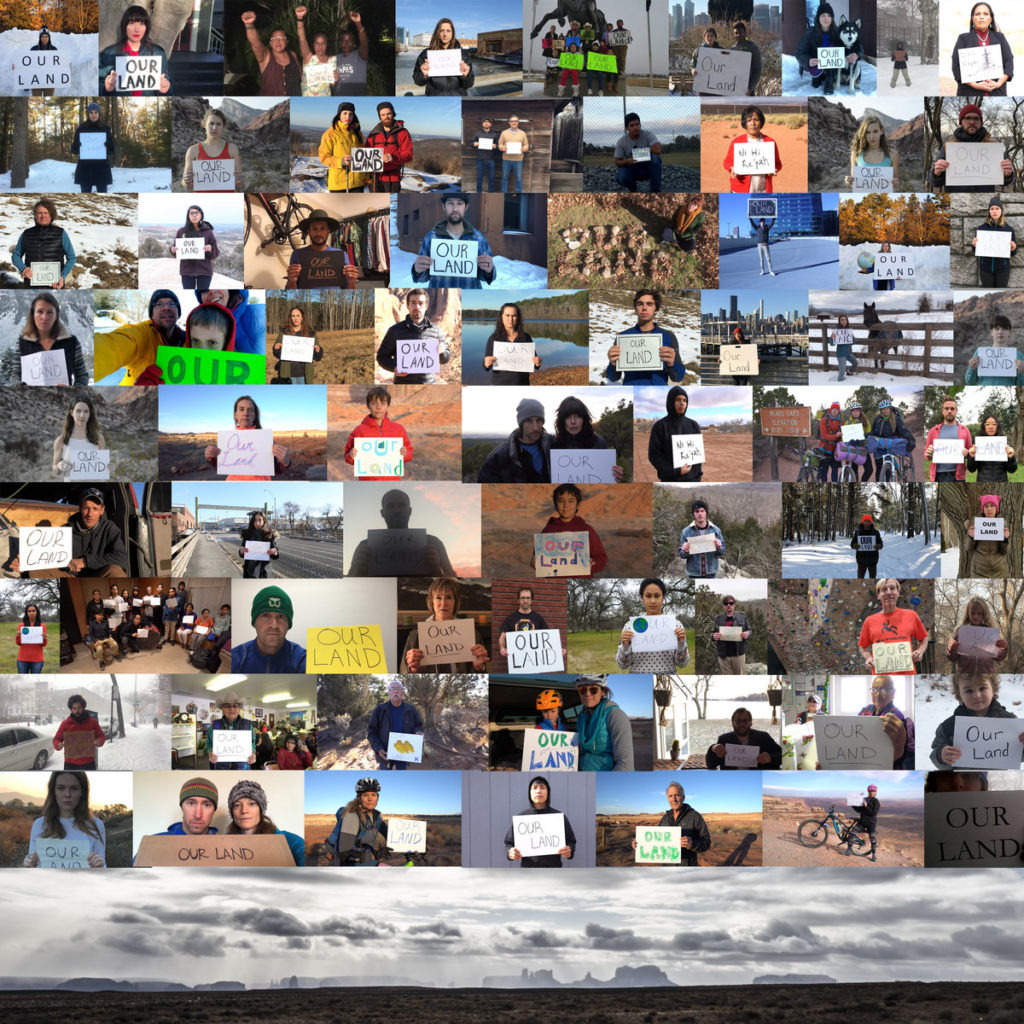 On the back heels of Trump’s decision to shrink the size of two massive national monuments, Bears Ears and Grand Staircase-Escalante, a new project has launched in response. Chris Vultaggio & Alexis Krauss have created the “Our Land Collective”. We got a chance to catch up with Chris and ask him about the project!

The Our Land Collective is a new initiative started by Alexis Krauss & Chris Vultaggio to bring awareness to the situation & impact going on with the reduction of Utah’s largest National Monuments. The outdoor recreation & climbing communities at large has been very vocal about the impact that will be incurred by this decision made by the Trump Administration. We got a chance to catch up with Chris Vultaggio, co-producer of the “Our Land” initiative and asked a few questions about the process along with what drove him to start this project. 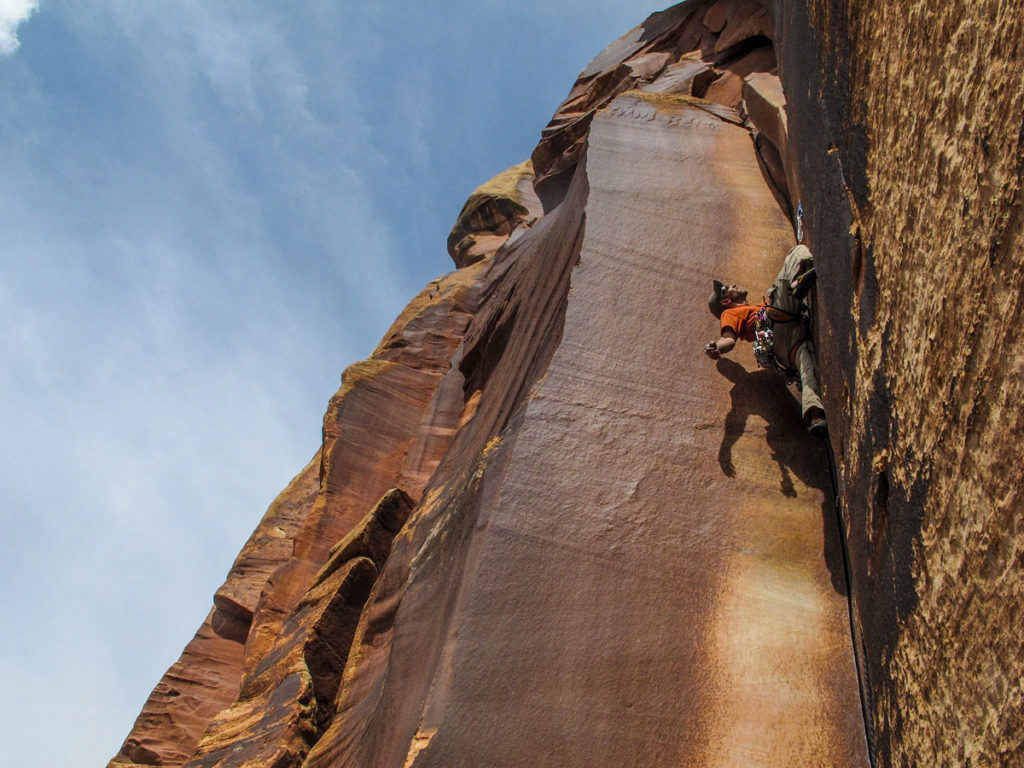 Q: Chris as an accomplished climber & photographer can you tell us a bit about what first drew you to Bears Ears and caused you to fall in love with it?

A: I’ve got an avowed love affair with the American southwest – influenced in equal parts by Edward Abbey, Ansel Adams, and Layton Kor. As a photographer I find the beautiful desolation of the desert intoxicating – the stark contrast of impossibly blue skies against sandstone, the slow-motion portraits of nature in an arid environment. Like wines, trees seem to age differently in diverse locations; the desert junipers, cottonwoods, manzanita and pinyon all have a different sort of ken about them.

Once I experienced the long desert towers of Moab and splitter cracks of Indian Creek I was hooked as a climber. Another contrast, this time with my home climbing in the Gunks. Instead of isolated powerful sequences the desert climber is faced with challenges of endurance and demands of a full quiver of technique. Not to mention great temperatures, endless splitters, and the wild summits of Castle Valley and the Bridger Jacks in Bears Ears. There’s just a completeness about tower climbing that fits so well with the sport.

And if I go too long between desert sojourns I tend to get twitchy: the smell of desert sage in crisp morning air while hiking out to a tower is an ancient remedy for the disease of society.

Q: How did you and Alexis first come up with the “Our Land” project?

A: My friend Alexis (lead singer of Sleigh Bells, activist, mountain guide for Discover Outdoors, and fellow Gunks climber) was influenced by the Trump administration’s actions to cut the National Monuments by astounding percentages, and penned “Our Land.” She reached out to a group of whom she calls “musicians and do-ers,” myself included, to work on the project. I initially became involved as a guitarist, and alongside an incredibly talented band of players we recorded the song.

Alexis then approached me about producing and directing a music video for the song, and fate took it from there. I leaned on a few distant contacts I had in the desert who led us to the Utah Diné Bikéyah, the organization directly heading the lawsuits against the government for violating the Antiquities Act of 1906 in the land grab at Bears Ears. Alexis and I were fast-tracked to a group of Native Elders of the Five Tribes of Bears Ears (Navajo, Hopi, Zuni, Ute, and Ute Mountain Ute), with whom we were embedded for a week in Bears Ears proper. In short what started out as a protest song quickly grew into a campaign. Other influencers from the music world, outdoor industry, and activism community jumped in and showed us support of which we would have never dreamed.

Q: You had spent some considerable time in Bears Ears filming, meeting with folks & listening to tribal members. What was the most memorable moment or thing you feel you learned from your time spent there?

A: By far the most impressionistic moments of our time in Bears Ears were the genuine support we were shown, whether by complete strangers or the Tribes themselves. Our mission was adopted quickly by passersby who volunteered to be in the video, offer us food, lodging, or whatever we needed on our trip. And our experiences with the Tribes will never be forgotten: we were embraced and entrusted to visit trail-less sacred sites in Bears Ears, and had the chance to learn tribal wisdom from the Elders in some very intimate settings. It’s an experience I feel to humbled to have received, and one that I will count among the most fortunate moments of my life.

We’ve had the opportunity to work with some inspiring people: local musicians, Native American drummers, a 10-year old named Robbie spearheading an organization to protect our national lands, water protectors, athletes, influencers and so many more spirited individuals.

Q: What are you & Alexis looking to accomplish with the “Our Land” Project? What can folks do to help raise more awareness in the fight for Bears Ears?

A: Our mission is simple: to raise funds and awareness for those fighting to protect Bears Ears. As a climber by default I knew of the threat to Indian Creek, but was surprised by the amount of educated professionals on the East Coast who had little knowledge of what was going on in the Monuments. Arguable it’s a different society on this coast, but it’s no less important to be part of the fight to protect our lands – imagine if your next family trip to the Grand Canyon or Zion National Park was spent dodging mining equipment and heavy fracking machinery.

Hopefully we can add our voices to the chorus of dissent, and our project will expand beyond the music video to help better tell the story of Bears Ears and those who depend on its land.

How you can help? Visit the site, make a donation, buy the song for a buck, and pick up some merchandise. SHARE the message by sharing the link out on your social media, posting a picture of yourself holding a homemade “Our Land” sign like in the video. 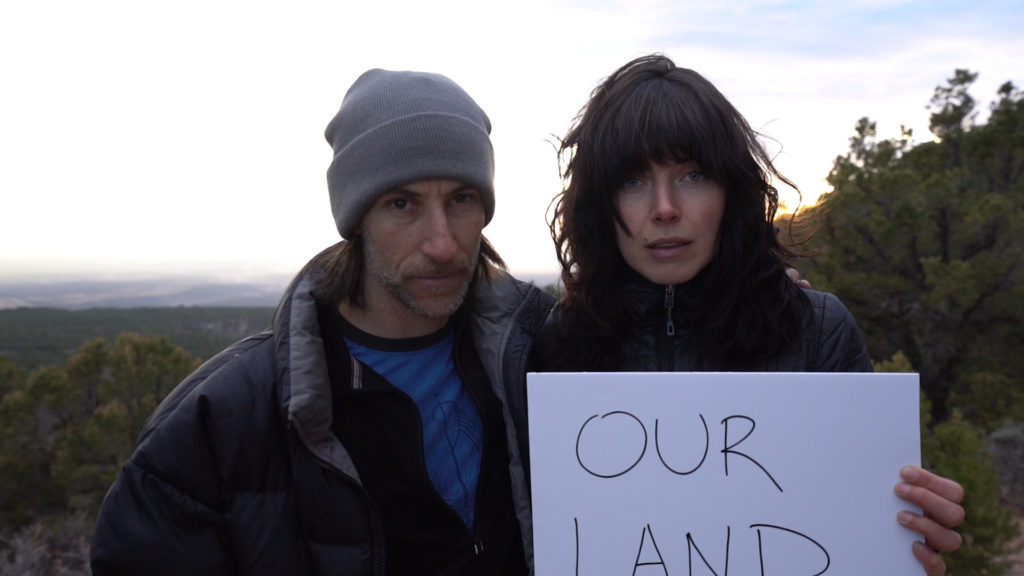 Also in a statement of intent from Alexis Krauss:
“Inspired by my love of wild spaces and in response to President Trump’s assault on our national monuments, I wrote ‘Our Land’ as a protest song. The song led to a collaborative recording session and quickly developed into a film project, in partnership with professional photographer/producer Chris Vultaggio. Chris and I set out for Utah in efforts to expand the project and tell the story of Bears Ears and its people. From deep canyons to towering mesas we were captivated by the overwhelming beauty of these threatened lands. However, the struggle is about more than just protecting breathtaking views, it is about respecting and conserving thousands of years of Native American history and culture. These lands are sacred not just because they are rich in archaeological heritage, but because they are a living breathing landscape actively relied upon as a source for sustaining a way of life: food harvesting, medicine gathering, grazing, wood hauling, spiritual healing, and
communing with ancestry. The current administration sees fit to trade these lands for resource extraction. Native communities are contending with yet another threat, not only to their lands but to their health, well-being, and way of life. This is but one more humiliation to bear by an already beleaguered people, sadly all too familiar with systemic abuse and institutionalized exploitation. We’ve joined this cause to support those on the front lines of this fight and to amplify the millions of dissenting voices that are already shouting to be heard.”

Along with the song, a music video was also produced for it to protest Trump’s assault on national parks which features Alexis Krauss of Sleigh Bells, Karen O, Maggie Rogers, Edward Sharpe, Sunflower Bean, Josh Fox, Renan Ozturk, Hey Flash Foxy, Robbie Bond of Kids Speak For Parks, and many others.

Watch the “Our Land” Music Video