That psyche at the end of a sunny day can largely define a mountain town. The streets buzz with energy as people grin like fools, boast of triumphs and recount near misses and spills. The feeling is addictive: people rush to the outdoors in search of adventure to get their fix. Whether it’s on the rock, up in the air, on a boat, or just in a good pair of hikers, there is an underlying motive: to get out and commune with nature.

Recreating in nature is a wonderful thing but there is a common concern with our favorite pastimes: they all have a detrimental impact on the environment. Most outdoor enthusiasts are aware of the impact but it often comes as an afterthought, the sacrifice is made as we inflict damage on the nature that we revere.

The question has been coined: Are we loving the outdoors to death?

The number of people frequenting mountain towns is increasing every year. According to Anne-Marie Syslak, executive director for the southern Alberta chapter of the Canadian Parks and Wilderness Society (CPAWS), the numbers are through the roof, and they keep on climbing. From March 2014 to April 2015, CPAWS recorded 3.6 million visitors to Banff National Park – a ten per cent increase from the previous year. This increase in traffic has a substantial impact on nature – flora and fauna being tangible examples. Meandering humans wander from established trails, creating braided systems, and trample vegetation unnecessarily. Local wildlife is also significantly impacted. By mid-August 2015, there were 835 human-wildlife conflict occurrences within Banff. In an extreme example, a number of wolves became habituated to a local campground and, unfortunately, had to be put down.

There is no arguing that we are having an adverse effect on nature, and we don’t seem to be slowing down. Trails are becoming busier, crags overrun, and people are venturing deeper into the wild. But how do you protect the pristine? People get psyched about new discoveries and boast about the awesomeness of these treasures, then the race is on. Our footprint broadens and the wild becomes our common ground. There’s no obvious way to end this cycle. We’re not going to stop doing the things we love and we certainly can’t be turning people away.

When people take the time to get lost in the woods there’s a little bit of magic that happens. The blinders of technology fall to the wayside, the mind slows down and we become present. Though the effects are not always tangible, people generally get a sense of greater well-being, or maybe they get fully psyched. If the search for this psyche is the medium that allows people to reconnect to nature, then maybe the sacrifices are worth it. In order to justify the means, it is essential to mitigate any negative impact on the environment. Through responsible recreation, we can sustain the pursuit of our passions, and promote a healthy relationship with our planet.

#1 Stay on the trail

Whether it’s on your bike, on a hike or approaching a climb, do your best to stay on the established trail. The activities that we are passionate about will unavoidably leave their mark on nature so we must make an effort to minimize the spread of our footprint. If a trail is blocked off, quite often unobtrusively, the area is likely in reclamation. Take the rarely advocated road more traveled, even if it is the long way round.

#2 Pick Up After Yourself

Practice Leave No Trace policies. Take it a step further and pick up someone else’s forgotten wrapper. Even the compostables act as an attractant for animals looking to raid your pack. If you must use the toilet au naturel, learn the accepted way to do so in order to minimize the impact. Leave your favorite places as good as you found them, if not better.

While area closures and restrictions may seem like a major inconvenience to your day, it’s not personal. Think of the bigger picture; these rules were put in place thoughtfully to protect nature and wildlife. Don’t climb a route that is closed due to nesting. Don’t light a fire when there is a fire ban. Don’t camp in unsanctioned areas. Responsible usage will ensure that you can share your favorite place with future generations.

While the regular adventurer already has these positive values instilled in them, the newcomer might not. With the visitation of parks increasing each year, a lot of people are experiencing the outdoors for the first time. It is up to us to promote appropriate outdoor ethics. It is challenging to correct someone’s behavior without being reproachful. With the right tact and thorough explanation of the unwritten rules that we follow, positive habits can be promoted to the new outdoors man or woman.

It is an incredible privilege to have access to these beautiful places, not a right. When you are enjoying your favorite place, be mindful of how lucky you are. Take a few moments to express gratitude and see how this changes your experience; recognize that you are connected to it all.

This article originally appeared on CrowFootMedia.com

Author Bio: Kyle Dow is the owner/operator of Hedon Rock Tours which provides fully catered, self-guided climbing trips. Their goal is to bring together climbers from all over the world for the ultimate Canadian climbing experience. Follow Kyle on Instagram at @hedon_rock_tours 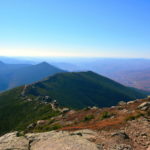 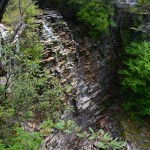 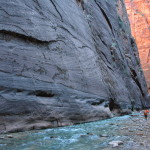